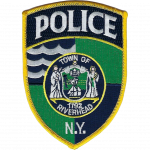 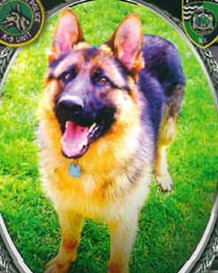 K9 Rocky was killed in a vehicle crash near the intersection of West Main Street and Raynor Avenue as his handler responded to a vehicle pursuit at approximately 2:30 a.m.

An officer working a DWI checkpoint was struck by a vehicle whose driver refused commands to stop and fled. Rocky's handler was responding to the resulting vehicle pursuit when his patrol car left the roadway and struck a utility pole. Rocky sustained fatal injuries when he was ejected from the patrol car.

The pursuit was terminated due to the suspect's dangerous driving behavior. The driver remains at large.

K9 Rocky had served with the Riverhead Police Department for seven years.