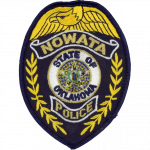 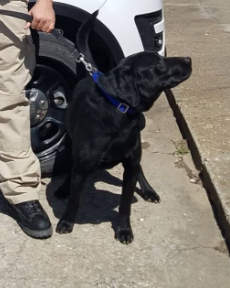 K9 Smokey was struck and killed by a tractor-trailer after an intoxicated woman let him out of his handler's patrol car on U.S. 169, just north of the Nowata Municipal Airport service road.

Smokey's handler encountered an intoxicated woman walking in the roadway. The woman approached his patrol car as he stopped to talk to her and opened the back door, allowing Smokey to jump out onto the roadway. Smokey was struck by the oncoming truck as his handler called him to return to the vehicle.

The woman was arrested and charged in connection with the incident.

K9 Smokey had served with the Nowata Police Department for one year.

Rest in Peace Smokey…till our next roll call at the Rainbow Bridge!