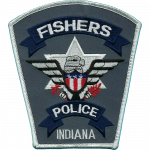 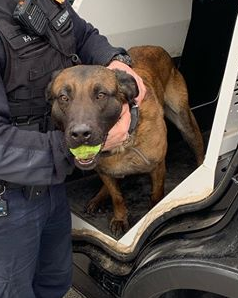 K9 Harlej was shot and killed while performing a track for a suspect who had fled on foot following a vehicle pursuit of a suspected drunk driver shortly after midnight.

K9 Harlej and his handler tracked the man into a wooded area near 131st Street and Olio Road from the point where the subject fled. Harlej was off-lead when he located the subject and ran ahead of his handler. Harlej bit the subject during the apprehension but the man fatally shot him.

His handler took the man into custody.

K9 Harlej had served with the Fishers Police Department for four years.

Rest in Peace Harlej…till our next roll call at the Rainbow Bridge!