Could it get worse? Really.

I wonder if the "objective...nonpartisan...only interested in the facts" Time rag, err mag, will put out a cover with Putin and his glasses on, showing a crumbling senile old man named Biden?

I am recalling the words of Reagan during the 1980 election. When someone asked him about then President Carter's statement that he made America more “liked” in the world, Rawhide's response, "Mr. President, I always believed it was more important to be respected than liked." God that miss that man.

However, as far as international relations go, one more question. Which is more important, being respected, or being feared? Being feared. Putin has no respect for Biden, nor his puppet master pulling his strings or mouth, Obama. Nor does he fear them. God help us, this is going to be ugly.

Something else to remember, our nation’s word is becoming more worthless as each Democratic administration comes and goes. During the Bubba Clinton years, we negotiated with Ukraine and Russia to eliminate Kiev’s nuclear weapons. We, the US, promised we would protect their territory. Does anyone believe if the Ukraine still had the third largest nuclear arsenal on Earth that Putin would have attacked?

Another example of the disasters we have when Democrats are in the White House. Afghanistan. How many allies we left to fend for themselves after we ran like scared children from a nation we spent trillions to stabilize. In Vietnam, we had that last helicopter leaving Saigon. Last year, we have people holding onto the landing gear of planes to get out.

Oh, let’s not forget Libya. In the aftermath of us knocking out Saddam in Iraq, Ghaddafi gave up his WMD program, settled the civil actions on Pan Am Flight 103 over Lockerbie Scotland, and gave up on terrorism.He became, if not an ally, a non-hostile. His changes in policy largely based on assurances the US and the West would not take actions against this regime.

What happened in 2011? Without provocation, the Obama administration destabilized his government and he was overthrown. Besides putting a stable nation into chaos, thousands of SA-7s/14s MANPADS (Man Portable Air Defense Systems) were lost. The US and Israel spent a fortune trying to recover them.  Not to be outdone, Obama also overthrew the Egyptian government, almost giving this nation to the Muslim Brotherhood.

After seeing what we do to our allies, is it any wonder North Korea is going hog wild on nuclear development. The Kim’s are interested in one thing, regime survival. Seeing how the US has stood behind Libya, Egypt, and now the Ukraine, I would not bet my life on the word of the US myself. And we should remember the wisdom of Churchill from over seventy years ago: 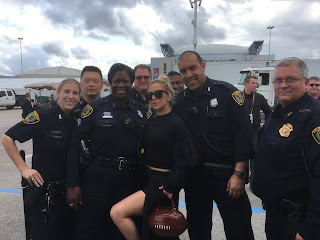 My iPhone gave me a notice a few days back. The coming 5th anniversary my attending Super Bowl LI on February 5th, 2017. Not really attending, I was supervising the VIP entrance. I got to meet Lady Gaga, say hello to Sir Elton John, saw in passing Vice President Mike Pence, and shook hands with Terry Bradshaw. What an incredible week, and day.

I purchased my house in 1999, and the first thing I bought for it was a DirectTV receiver. I wanted their NFL package, being able to watch any game I wanted (I’m a Saints fan since I was in diapers). I explained to people, “If it wasn’t for that, I would have only basic cable.” But since then, with the league becoming an anti-police, and generally anti-American form of propaganda, I’ve stopped watching the games. Two years ago, I cancelled by service with DirectTV, saving if the NFL want’s to support domestic terrorist like BLM, I will not give them any of my money.

In a heated discussion with a family member a few years back, we discussed players kneeling during the national anthem. My family member was saying they can’t be forced to stand, and I was adamant that if I’m the owner and signing their paychecks, yes they can. But it was a continued degradation of what was once a great piece of American society, professional sports

Seeing multi-millionaires protesting “oppression” when they are provided a life unimaginable to 99.999999% of America’s population. The league minimum salary is 660K a year. And they are guarded by these same cops they call murderers. I recall a team coming onto the field shaking their arms up in the Mike Brown lie, “Hands up! Don’t shot!” My response was, “All cops out there, refuse to work for these arrogant sacks of s^&%! And when they get robbed, shot, or murdered, fine, tell them to call BLM!”

Not be outdone, league commissioner Roger Goodell is getting lower and lower. In the last few years the NFL has used the halftime show to insult their viewers, and police in particular, one time after another. In 2016, we had Beyonce and her anti-cop song Formation. In 2020, we got to see an open political message in Jennifer Lopez and Shakira showing Hispanic children in “cages.” These two ladies seem to miss something. The “cages” were started under the Obama administration, not Trump.

And let’s not forget Gillette corporation putting out a Super Bowl ad on “toxic masculinity,” sexual harassment and objectivation of women. Remember, “boys will be boys…” From a company that put out this picture of women in a previous ad: 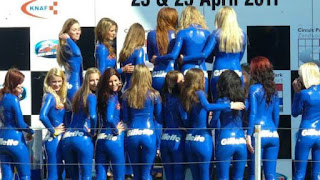 But to both, remember this. We look, or should I saw looked to the Super Bowl (Or World Series, etc.) as a diversion from life. We want some time to just to enjoy ourselves, and this is a form of amusement. But Goodell strikes again. The “entertainment” for this year’s Super Bowl speaks for himself:

Keepin’ it real. Let’s do it together.

Last Saturday, during CBS’s telecast of the Titans-Bengals playoff game, a commercial for Corona beer aired, starring Snoop Dogg, who, despite countless arrests for guns and drugs, has become a must-have to endorse products.

So what if he luridly degrades women as one of his stocks in trade if he can sell beer?

…And as I watched that Corona ad, I got to thinking about Snoop Dogg’s violently anti-police, pro-crime vile and vulgar “artistry,” mindful that Roger Goodell appointed and anointed Snoop Dogg the headliner at this year’s Super Bowl halftime.

Perhaps Goodell, also in the interest of keeping it real, would like to rap along with a “song” by Snoop and J5 Slap entitled, “Police.” Ready, Roger? It reads thusly:

“All you n—as out there,

Take your guns that you using to shoot each other

And start shooting these b—h-ass

...Five NYPD officers have been shot in the first 20 days of this year. And the fellow chosen by the NFL and approved by Goodell to star in this year’s halftime produces, records, sells and profits from “artistry” advocating streets filled with the blood of cops and threats against those who would help solve the shootings of cops and civilians…

And Goodell, the shameless $63 million per pandering phony, slaps “Stop Hate” and “End Racism” along the backs of end zones and players’ helmets, then invites Snoop Dogg to be the star of the Super Bowl.

Maybe Snoop will be granted a police escort to the stadium. For his safety, of course…

He doesn’t need an escort. Los Angeles, it’s perfectly safe. I mean, you basically can’t get a gun out there, right?

I used to watch four games a week, and even if I couldn’t stand the teams in the championship, I would watch the Super Bowl. One of the greaest memories I have from my year in Korea was “Breakfast and the Super Bowl.” It was an 8th Army half holiday (no formation before noon) and we got the game at 700am. We watched a great game (Super Bowl XXIII, San Francisco pulling I out with 34 seconds lef) in the Officer Club. Or when I was in Kuwait, we also got a half holiday, and were allowed two beers (booze at last!) when the NFL knew they were here to entertain the American people. Not lecture us.

So next Sunday, I think I’ll be reading instead of being glued to the TV. Goodbye NFL. It was good while it lasted.

Email ThisBlogThis!Share to TwitterShare to FacebookShare to Pinterest
Labels: Football 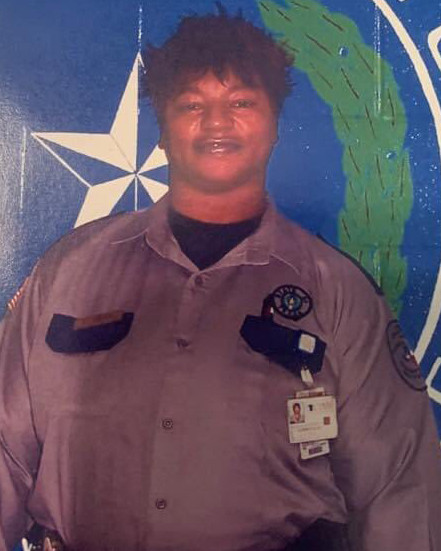 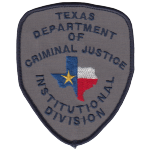 Corrections Officer V Elizabeth Jones died after contracting COVID-19 during an outbreak amongst staff and inmates at the Carol Young Medical Facility in Galveston County.

Officer Jones had served with the Texas Department of Criminal Justice for 18 years. She is survived by her husband and two children.

Beginning in early 2020, due to the requirements of their job, thousands of law enforcement officers and other first responders throughout the United States contracted COVID-19 during the worldwide pandemic. Hundreds of law enforcement officers died from medical complications as a result of contracting the virus while remaining on duty and interacting with the community.

The greatest Prime Minister of England is laid to rest...

I've always been fascinated by the pomp and circumstances of formal events, such as state funerals. Recently we noted the passing of George HW Bush, and we likely will see former president Carter in the near future.
Last month was the anniversary of the passing of Sir Winston Churchill, a man I've admired for ages. I've read the Manchester three volume bio of the man, and I'm collecting a eight volume for future reading. I was searching for something unrelated to Churchill, and I found this. A five minute summary of the funeral.


I found it very interesting the as his casket is transported down the River Thames, cranes are lowered in tribute. I recall a similar video of the Reagan funeral where a huge American flag is strung between two fire engine ladders.
RIP Mr. Churchill. I see a cigar and scotch this evening .
Posted by Mike Thiac at 5:01 PM No comments: