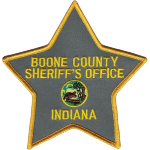 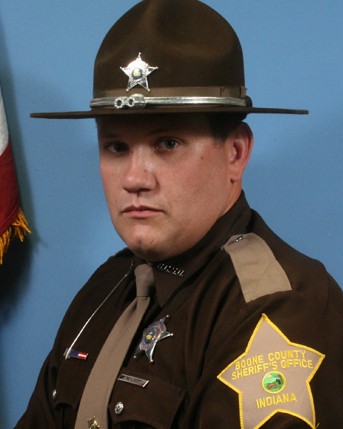 The man had fled from Lebanon police officers who had gone to his home to serve a warrant on a different person. The officers recognized the man as also having warrants but he fled in a vehicle with two other people when the officers tried to take him into custody. Deputy Pickett, a canine handler, joined the pursuit until it came to a stop on Indian Springs Road.

Deputy Pickett was transported to Witham Hospital before being flown to St. Vincent Hospital, in Indianapolis, where he succumbed to his injuries. He was kept on life support until the evening of March 4th, 2018, so that his organs could be donated.

Day is done, Gone the sun, From the lake, From the hills, From the sky. All is well, Safely rest, God is nigh.
Posted by Mike Thiac at 10:26 AM