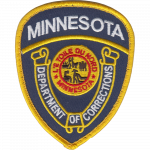 Corrections Officer Joseph Parise suffered a suspected heart attack after responding to an incident in which an inmate assaulted another officer at the Minnesota Correctional Facility-Oak Park Heights.

The inmate injured two additional officers before being subdued at about noon. Officer Parise returned to his post after the incident but collapsed a short time later. He was transported to Regions Hospital where he passed away.

Officer Parise had served with the Minnesota Department of Corrections for four years.