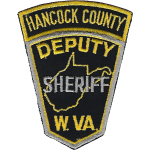 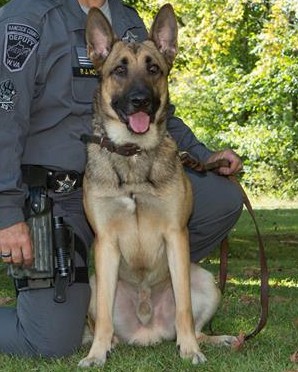 K9 Midas died from complication of heat exhaustion suffered after the air conditioning unit and the failsafe unit failed in his handler's patrol car.

The vehicle was parked at the Hancock County Sheriff's Office when the failure occurred. The patrol car was equipped with a failsafe system that was intended to roll down the windows and activate an alarm if the air conditioner stopped, but the failsafe system did not activate.

K9 Midas was transported to a local veterinary office where he suffered additional complications from the heat exhaustion and died later that day.

K9 Midas had served with the Hancock County Sheriff's Office for three years.

Rest in Peace Midas …till our next roll call at the Rainbow Bridge!