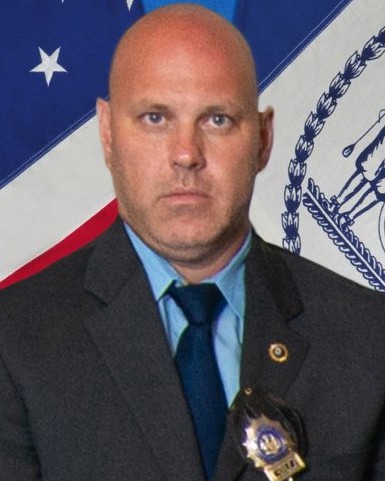 Detective Brian Simonsen was shot and killed while responding to a robbery at a cell phone store at the intersection of Atlantic Avenue and 120th Street in the Richmond Hill section of the city.

Detective Simonsen and his sergeant were canvassing on an unrelated case when they heard a call for a robbery in progress. They responded to the store where they encountered a subject and attempted to apprehend him. As patrol officers responded to the scene both detectives, who were in plainclothes, were struck by friendly fire as the suspect pointed what was later determined to be a fake gun at responding officers.

Detective Simonsen succumbed to his wounds. His sergeant was transported to a local hospital with injuries.

The suspect was also shot and wounded.

Detective Simonsen had served with the New York City Police Department for 19 years and was assigned to the 102nd Precinct Detective Squad.