Yesterday I, like millions around the globe, watched the annual Army-Navy game from Philadelphia. But a ceremony reminded of the 1989 Army-Air Force game at Colorado Spring, CO. The Army and other branch schools have exchange students each semester, and prior to the arrival of the teams, the "prisoners" meet a mid-field and rejoin their schools to cheer on their team. Long time friend and fellow blogger Darren Miller at RotLC explained the ceremony to me. Unfortunately AFA kicked WP's ass that day...but Army won this year, and if they beat Navy, they get the Commander-n-Chief's Trophy. And you gotta love the signs on the back of their jackets:

Every year, just before kickoff of the Army-Navy Game, officials arrange a “prisoner exchange.”

The U.S. Military Academy (West Point) explains the tradition on its website:

For years West Point and the U.S. Naval Academy have swapped their cadets and midshipmen for a semester-long exchange to foster closer interservice relations between the sister academies.

But every year things get interesting around Army-Navy Week and exchange students become, in a sense, “prisoners” to be released to friendlier territory right before kickoff of the Army-Navy Game.

Those cadets temporarily attending the Naval Academy cross the field and return to the warm embrace of the Corps of Cadets in the bleachers and those middies at West Point take their seats among the Brigade of Midshipmen.

But as the teams exchanged their captives on the field Saturday, their coats sent a message to the fans: 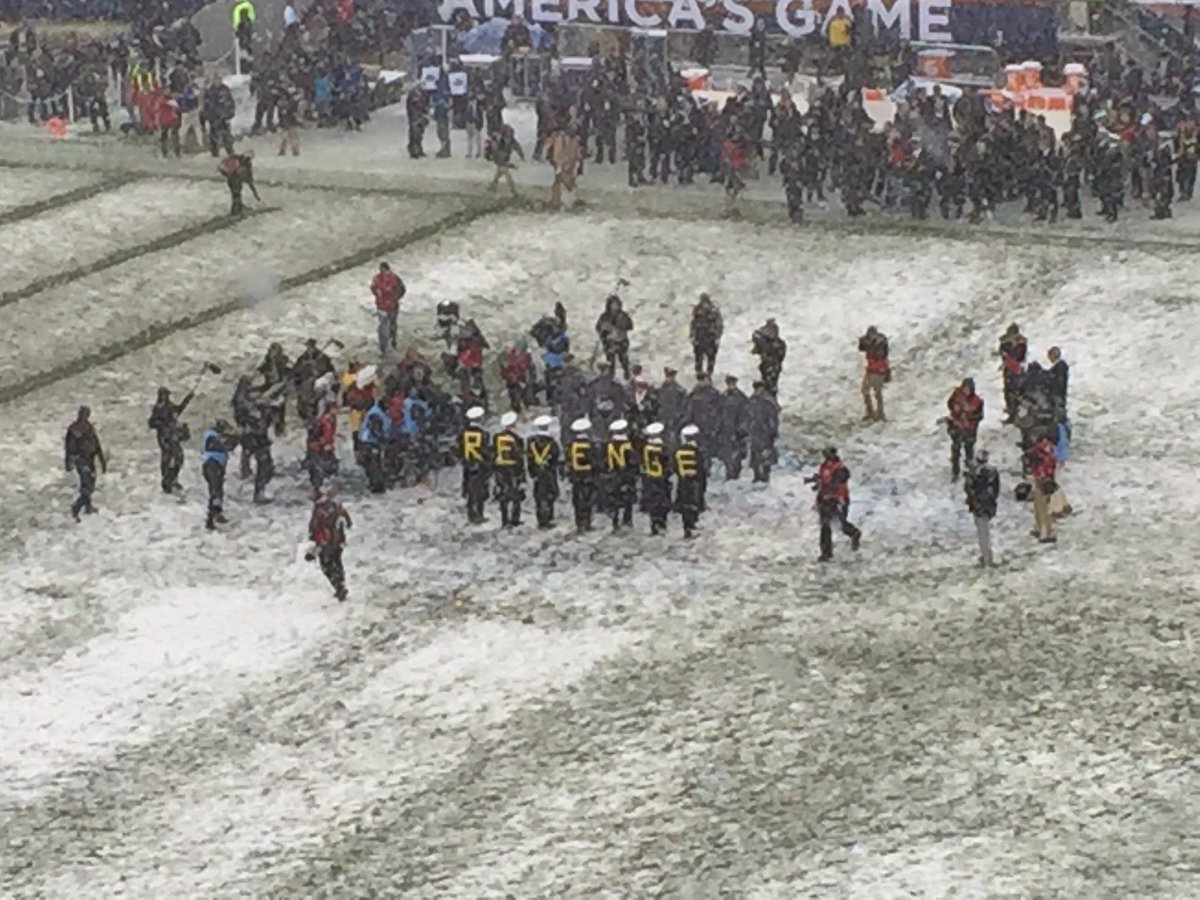 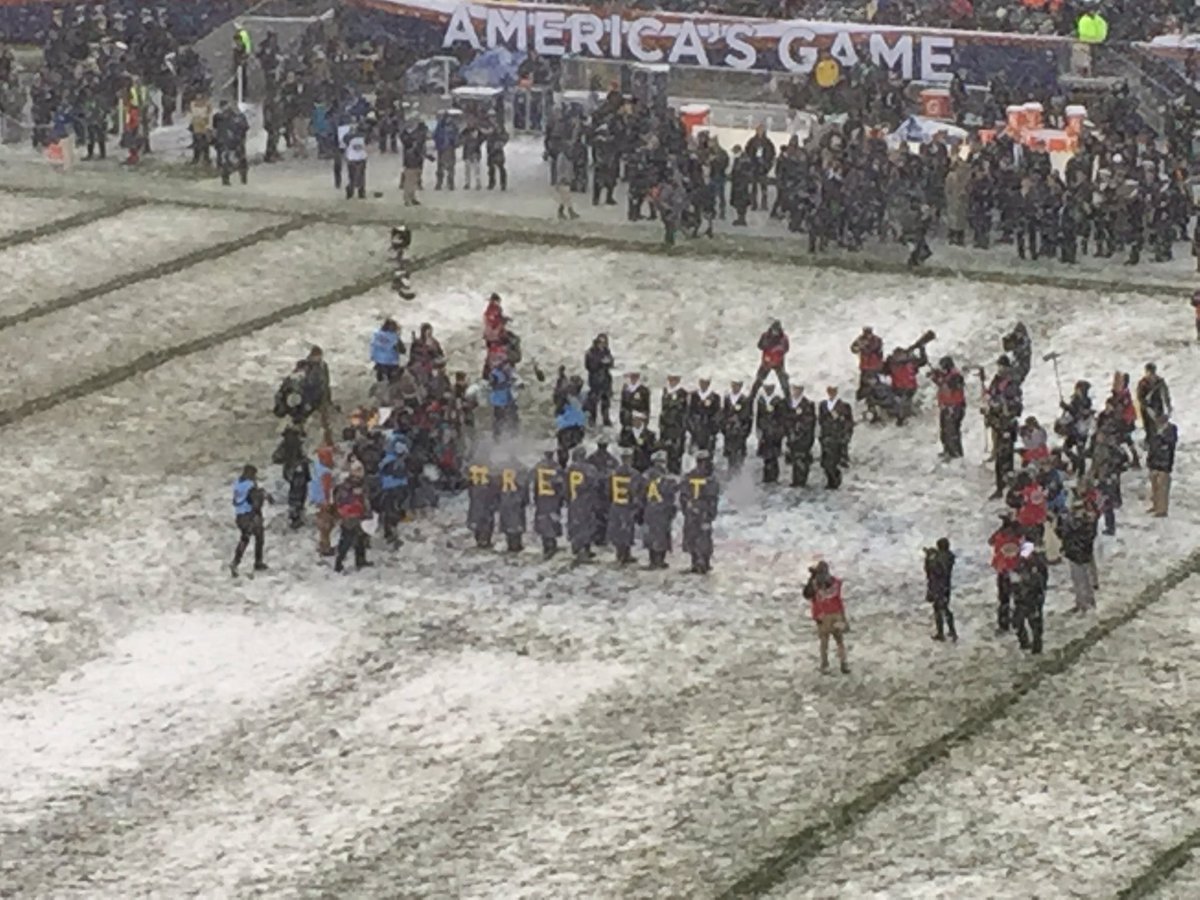 Navy's “revenge” was a nod to Army's upset win in 2016 — the Black Knights managed to come back after blowing a 14-point lead, breaking a 14-game losing streak against Navy.

And Army's “repeat” — well, that goes without saying...