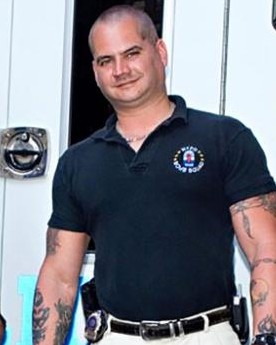 Detective Luis Alvarez died as the result of cancer that he developed following his assignment to the search and recovery efforts at the World Trade Center site following the 9/11 Terrorist Attacks.

Detective Alvarez was a U.S. Marine Corps veteran and had served with the NYPD for 20 years. He is survived by his wife, three sons, parents, and three siblings.

Day is done, Gone the sun, From the lake, From the hills, From the sky. All is well, Safely rest, God is nigh.
Posted by Mike Thiac at 7:48 AM