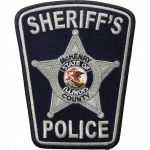 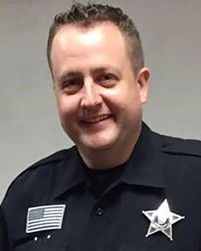 Deputy Sheriff Jacob Keltner was shot and killed as he and other members of the Great Lakes Regional Fugitive Task Force attempted to serve an arrest warrant in Rockford, Illinois.

The task force located the subject at a hotel at 747 North Bell School Road. They were attempting to arrest the man at 9:15 a.m. when he opened fire with a rifle, striking a woman who was staying with him. The man then exited the room and opened fire on officers who were outside, striking Officer Keltner.

The man then fled from the hotel and led officers on a pursuit that lasted over 150 miles. The vehicle became disabled on I-55 near Lincoln and the subject was taken into custody after barricading himself inside of it for several hours.

Deputy Keltner was transported to a local hospital where he succumbed to his wounds approximately six hours after being shot.

Deputy Keltner had served with the McHenry County Sheriff’s Office for 13 years. He is survived by his wife, two young children, his father and brother who both work in DuPage County law enforcement, and other family members.