Suspect on the run...black and white leather coat!

Have you seen this suspect! 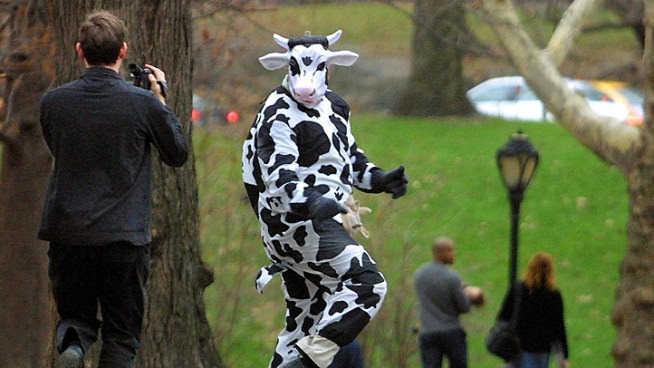 Milk does a body good. Stealing, however, probably doesn't.
By Carissa DiMargo

How about 26 gallons of it? One man did, at least for a little while. And that man was dressed in a cow costume.

In the category of You Can't Make This Stuff Up If You Tried, the 18-year-old crawled into a Stafford, Va., Walmart on all fours, reported PotomacLocal.com.

After standing, he loaded about $92 worth of milk into a shopping cart and simply rolled the cart out of the without paying, police have confirmed to NBC Washington.

He then attempted to give the milk away outside the store, and tried to flee the scene by skipping away, police said.

Jonathan Payton, 18, of North Stafford, Va., was given a summons and released at the scene.

Email ThisBlogThis!Share to TwitterShare to FacebookShare to Pinterest
Labels: Criminals