HYPERLINKS MAY REQUIRE AN EMAIL:

USA
NOTHING SIGNIFICANT TO REPORT

EUROPE
NOTHING SIGNIFICANT TO REPORT

ASIA
NOTHING SIGNIFICANT TO REPORT 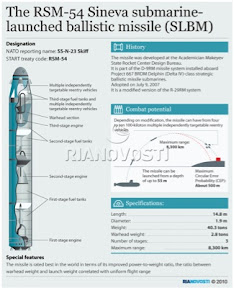 
IRAN
NOTHING SIGNIFICANT TO REPORT

The Iraqi government will arrange a special status to allow more than 15,000 U.S. servicemen to remain in Iraq after the 2011 withdrawal with most of the forces assigned to protect U.S. embassy staff, foreign diplomatic corps and international companies in the country, Xinhua reported April 26, citing al-Mashriq newspaper’s well-informed sources. U.S. embassy spokesman David Ranz said U.S. forces will be conventional to the U.S. embassy mission with diplomatic corps, staff, guards and others comprising over 16,000 members, Al Sumaria reported. Ranz said increases in Iraqi staff will occur as well, adding security, cultural and trade considerations require Washington to maintain enough staff after the military leaves.

Six mortar rounds hit the Baghdad International Airport the afternoon of April 26 as Iraqi Prime Minister Nouri al-Maliki was departing for South Korea, a police source said, Alsumaria reported. The mortar shells struck around the airport runway, and the extent of the damage is not yet known, the source said. Smoke was rising in the sky and sirens could be heard, the source added.

Pro-Palestinian activists said a planned Gaza-bound aid flotilla will be twice as big as the flotilla that was raided last year by Israeli forces, AP reported April 26. Huseyin Oruc, a spokesman for an Islamic aid group in Turkey, said a group of 22 nongovernmental organizations will send 15 ships and 1,500 people as part of the flotilla. Organizers said they hoped to depart for Gaza on May 31, the anniversary of the Israeli flotilla raid, but noted that they could leave later.

Afghan and foreign forces have recaptured 65 prisoners out of the 488 who escaped the Kandahar central jail April 25, according to the office of Kandahar province’s governor, Afghan Islamic Press reported April 26. The prisoners were transferred to the anti-militant directorate for investigation.

SOUTH OF THE BORDER

The Mexican army transferred an unspecified number of soldiers to the Mexico-Guatemala border, Prensa Libre reported April 27. Mexican Seventh Military Region Commander Gen. Salvador Cienfuegos said troop strength was increased across the entire border and military authorities are in talks with the Chiapas state government to see if more troops could be deployed there permanently.

Unidentified men set up two roadblocks near the municipal palace in Monterrey following a reported firefight April 27, Milenio reported. Authorities responded after the men used buses and a taxi to set up the roadblocks.

MISC
NOTHING SIGNIFICANT TO REPORT

Except where noted courtesy www.stratfor.com
Posted by Mike Thiac at 12:10 AM