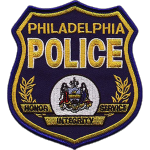 Corporal James O'Connor was shot and killed during a SWAT team operation to arrest a homicide suspect at 5:50 am.

The SWAT team was securing the home on Bridge Street, near Duffield Street, when the subject opened fire on them through a closed door on the second floor. Corporal O'Connor was struck in the shoulder in an area not protected by his vest.

Corporal O'Connor was transported to Temple University Hospital where he succumbed to his wound 20 minutes later.

The subject who shot him was charged with murder.