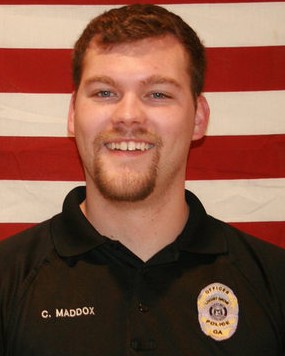 Police Officer Chase Maddox was shot and killed while assisting two deputies from the Henry County Sheriff's Office serve a warrant at a home on St. Francis Court.

The deputies had gone to the home to arrest the subject for failing to appear in court on a traffic violation. The man refused to cooperate and the deputies requested assistance from the Locust Grove Police Department.

Officer Maddox had served with the Locust Grove Police Department for five years. He is survived by his expectant wife and two sons. His second son was born four days after his death.