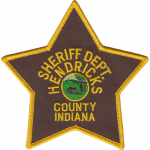 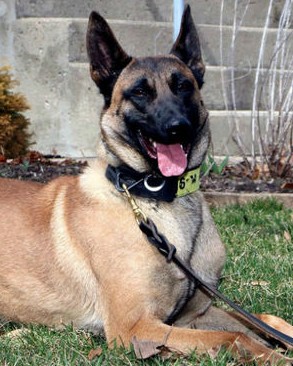 K9 Cade died after suffering a medical emergency while tracking a suspect in the area of Ronald Reagan Parkway and County Road 300 North in Brownsburg, Indiana.

Other units had attempted to stop a vehicle, which fled and led them on a pursuit. The subject drove to a woodline and then fled on foot into the woods. Officers set up a perimeter and K9 Cade was deployed to track and apprehend the subject.

K9 Cade began showing symptoms of distress and was immediately transported to a local veterinarian. He succumbed the following day.

In Memory of all Police Dogs
They handled themselves with beauty & grace
And who could ever forget that beautiful face
Whether at work; or at home; whatever the test
They always worked hard; and did their best
They were real champions; at work or at play
But their lives were cut short; suddenly one day
While working on the job with their partner one day
They put themselves out on a limb; out into harms way
They gave the ultimate sacrifice; any dog can give
They gave up their life; so someone could live
The best of their breed; as his partner and anyone would say
Many hearts are now broken; that he had to prove it this way
Now as the trees are blowing in the gentle breeze
The sun is shining; thru the leaves on the trees
The meadows are green; and the grass grows tall
Off in the distance they can see a waterfall
As they look over the falls; down through the creek
The water flows gently; as a rabbit sneaks a peek
Far up above; in the deep blue sky
They see the birds soar high; as they fly by
They see animals playing; at the bridge by a waterfall
Chasing each other; and just having a ball
They play all day; from morning to night
There's no more rain; just warm sunlight
Off in the distance; they hear trumpets blow
Then all the animals look up; and notice a bright glow
The harps would play and the angels would sing
As they know they've come home; they've earned their wings
We remember that they died; in the line of duty
And are now with the Lord; sharing in heaven's beauty
Off to the meadows now; where they can play and roam free
With an occasional rest stop; under a tall oak tree
No more bad guys to chase; or bullets to take
Just a run through the meadow; down to the lake
A quick splash in the water; then back to the shore
Then it's off to the forest; to go play some more
These special dogs are back home; up in heaven above
They're cradled in God's arm's; and covered with His love
We'll light a candle for all of them; in the dark of night
In loving memory of all; these very special knights
By John Quealy
Posted by Mike Thiac at 8:53 AM