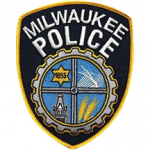 Police Officer Charles Irvine was killed in a single-vehicle crash while pursuing another vehicle.

His patrol car left the roadway and collided with a support wall of an overpass at the intersection of West Silver Spring Drive and North 76th Street. Officer Irvine suffered fatal injuries in the crash. His partner was transported to a local hospital with serious injuries.