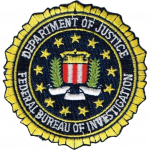 Special Agent in Charge David LeValley died as the result of cancer that he developed following his assignment to assist with search and rescue efforts at the World Trade Center site immediately following the 9/11 Terrorist Attacks.

Special Agent LeValley had served with the FBI for 22 years and was assigned to the Atlanta Field Office.