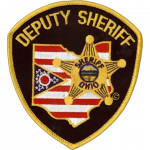 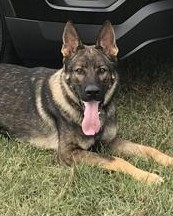 Cane was rewarded with a ball during the training and chased it as it rolled under a trailer. As he ran toward the trailer he was unable to stop due to ice on the ground and struck the trailer. He suffered internal injuries as a result of the impact.

K9 Cane was certified for service only two months prior to his death.

Rest in Peace Cane…till our next roll call at the Rainbow Bridge!