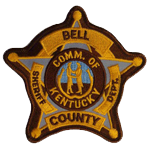 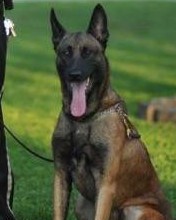 K9 Kane was struck and killed by a vehicle as during a traffic stop on U.S. 25E at the Bell-Knox County line.

K9 Kane's handler had responded to assist a Kentucky State Police trooper and deployed Kane to perform a narcotics sniff. Kane gave a positive indication of narcotics in the vehicle, resulting in the seizure of narcotics and paraphernalia. When Kane's handler gave him his reward, the ball bounced off of him and into traffic. Kane ran after the ball and was struck by a vehicle.

Rest in Peace Kane…till our next roll call at the Rainbow Bridge!