An awesome sendoff for a K9 Down

I routinely post on Officers and K9s who have passed in the line of duty. One recent K9 who fell while chasing a wanted felon, was K9 Hondo of the Herriman City UT Police Department. A local body shop was asked to prepare a casket for this fur missile, and the results are out the park.

HERRIMAN, Utah – A Utah paint shop that specializes in motorcycles and classic cars has designed a customized casket for a fallen police service dog, K9 Hondo of the Herriman Police Department.
The police service dog (PSD) was shot while apprehending a fugitive in Salt Lake City on February 13. K9 Hondo suffered a gunshot wound to the sternum and passed at a nearby veterinary hospital.

“They asked if we could get something together since we have done work on their motorcycles before,” John Ward, owner of Rawtin Garage, told CNN.

“What an honor it was to paint a hero’s casket,” the garage posted on Facebook...

...Hondo, a 7-year-old Belgian Malinois, was trained in Europe before beginning his police career in 2015, CNN reported... 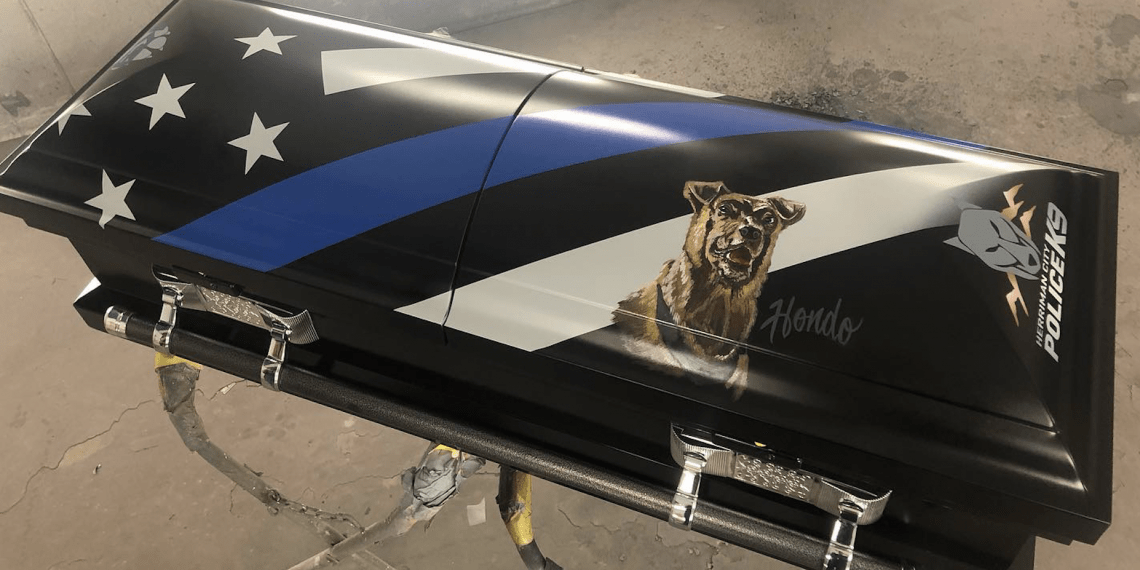 Mr Ward, thank you for some excellent work, and supporting your local police during a rough time.
Posted by Mike Thiac at 7:07 AM

Email ThisBlogThis!Share to TwitterShare to FacebookShare to Pinterest
Labels: K9, K9 Down