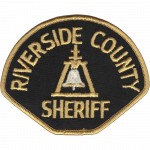 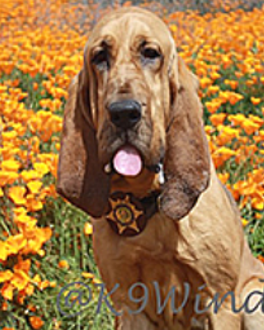 K9 Windy died after contracting Valley Fever while handling a tracking call in a desert area of Riverside County in May 2019.

She ingested Valley Fever fungal spores during a track and became ill. Her condition worsened and she was medically retired from the department. She passed away two weeks later as a result of the illness on July 25th, 2019.

K9 Windy had served with the Riverside County Sheriff's Department for five years and served as a tracking bloodhound. She had a total of 50 documented finds.

Rest in Peace Wendy…till our next roll call at the Rainbow Bridge!