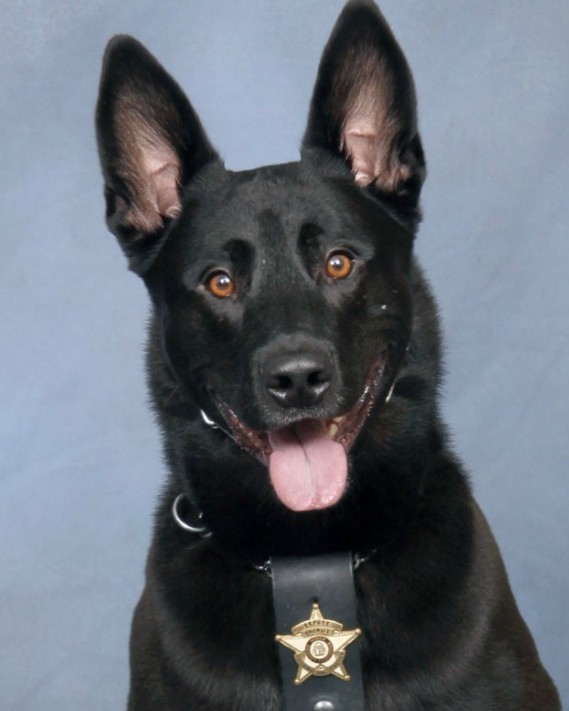 K9 Verro was shot and killed after biting a sheriff's deputy in the area of Brooks Road and Trotters Way in Dallas, Georgia.

Deputies had responded to the area to investigate a domestic violence call. They encountered a male subject in a vehicle who fled on foot when they attempted to contact him. K9 Verro's handler responded to the scene but did not deploy K9 Verro because the department's criteria for a canine deployment had not yet been met.

As K9 Verro's handler was assisting other deputies in the foot pursuit, K9 Verro was able to squeeze through an opening in his kennel and entered the front of the patrol vehicle. He was then able to squeeze out of a partially opened window and exited the vehicle. He then mistook a deputy involved in the foot pursuit for a fleeing subject and attempted an apprehension, biting the deputy in the leg. The deputy, not recognizing Verro and unable to break free from the bite, fatally shot him.

Rest in Peace Verro…till our next roll call at the Rainbow Bridge!