In spite of the Air Force's best efforts.

In 1948, the heads of the armed focus, with the end of World War II behind them, and the Cold War ahead of them, met in Key West FL. Durning this conference, they set up the responsibilities of the various services, particularly the roll of the now separate US Air Force in relation to the Army. One of the critical points was the Army wouldn't have armed fixed wing aircraft, those would be the purvue of the USAF. Fast forward three decades, the Air Force has fielded a new close air support (CAS) aircraft, the A-10. Ugly, slow, not hi-tech, and it did only one thing, but better than any other aircraft. It supported the troops on the ground.

Well, in spite of it's best efforts, the Warthog still flies. 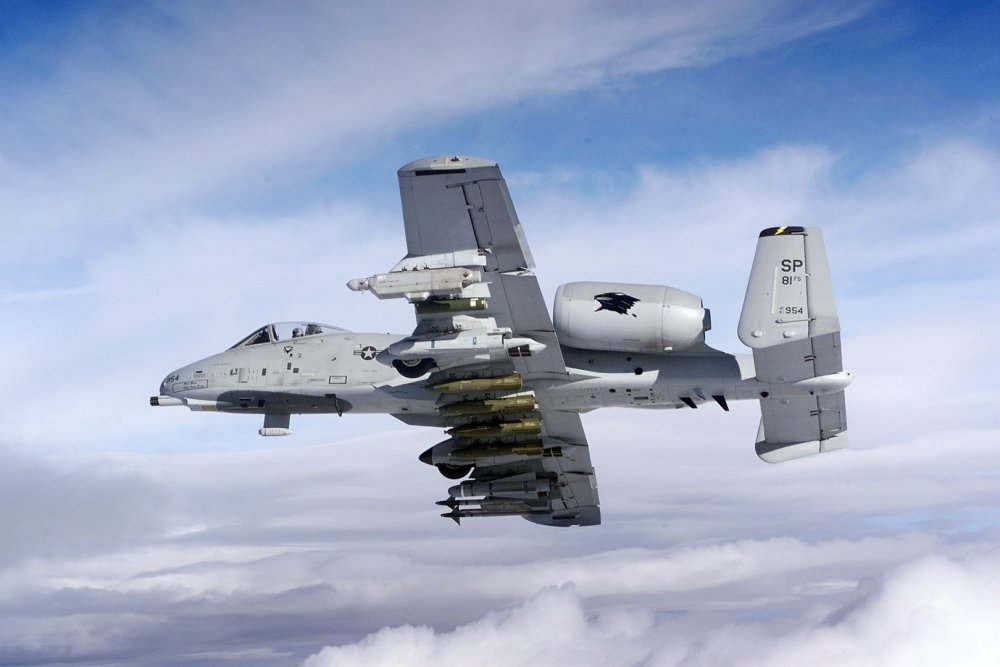 The A-10 Warthog Is America's Phoenix: It Won't Die, It Just Gets Reborn Stronger

Congress blocked the Air Force's latest effort to retire the A-10.

The U.S. Air Force has all but given up on retiring the A-10 Warthog close-air-support jet. Instead, the flying branch is upgrading the tough ground-attackers so they can fight and survive in high-intensity combat.

The Air Force had hoped to begin retiring its 281 A-10s starting in 2015. But Congress blocked the effort. Now the A-10 is safe even as the Air Force considers retiring other plane types.

“Acting Air Force Secretary Matt Donovan stoked speculation that the service will retire the A-10 after announcing that its FY21 budget request will include ‘controversial changes’ such as the divestment of legacy aircraft,” Valerie Insinna reported at Defense News.

But speaking at the conference later that day, Lt. Gen. Timothy Fay, deputy chief of staff for strategy, integration and requirements, confirmed that the A-10 is not one of the aircraft under consideration for divestment and will stay in service until the 2030s.

“Short answer: No,” Fay said, when asked whether the Warthog is on the cutting block. "I will tell you, I wish the response had been that the Air Force is actually bold enough to get after the threats that we’re facing.”

The Air Force acquired the subsonic, twin-engine planes in the 1970s and 1980s in order to destroy Soviet tanks. The stubby Warthog with its powerful 30-millimeter cannon proved effective as a close-air-support aircraft in Iraq and Afghanistan.

Despite its popularity with ground troops, the Air Force wanted to retire the A-10 early in order to free up around $5 billion for other investments. Now that retirement is off the table, the service is moving ahead with a wide range of upgrades meant to keep the Warthog relevant into the 2030s...

...“The new upgrades come after the completion, at the end of July 2019, of a first re-winging program that saw the installation of new wings, built by Boeing, on 173 A-10s,” Stefano D’Urso reported at The Aviationist...

...According to the Air Force Materiel Command, the upgraded wings should last for up to 10,000 flight hours without requiring a depot inspection. One month later, the U.S. Air Force awarded Boeing a second contract, worth up to [$999 million], that will provide up to 112 new wing assemblies, completing the re-winging of all 281 A-10s currently in inventory.

The A-10s also are getting new weapons, avionics and sensors, D’Urso explained.

The Air Force, in fact, has recently started fielding a new improved version of the Thales Visionix Scorpion Helmet Mounted Display System, used by A-10 pilots following the Helmet Mounted Integrated Targeting program in 2012. The main modification is the replacement of the original magnetic tracking sensor with a new sensor known as HObIT (Hybrid Optical-based Inertial Tracker), which should track pilot head movements more accurately. ...

A second major upgrade is the integration of the GBU-39 Small Diameter Bomb in the A-10’s arsenal. Until now the A-10 was limited to carry only a single weapon on each pylon; by using the BRU-61/A rack, the A-10 will be able to carry four SDBs on each weapon pylon, becoming a “bomb truck” that can release these stand-off weapons to neutralize threats as far as 50 miles in the target area before starting to provide close air support to ground troops.

Warthogs finally are getting Link 16 datalinks, too,” D’Urso explained. “With the integration of Link 16, the A-10 will be able to communicate and exchange data with all other legacy air assets, namely tactical jets, electronic warfare aircraft, bombers and AWACS, as well as the F-35.”

Finally, there’s a new radar -- a first for the type. “The last known upgrade is the integration of a synthetic aperture radar pod to supplement the existing targeting capabilities provided by the Sniper and Litening targeting pods. While not officially confirmed, the pod in question could be the AN/ASQ-236 “Dragon’s Eye” active electronically scanned array radar pod, already operational on the F-15E Strike Eagle...”

Back when I was in Korea, we had an Air Force captain with our headquarter, the Fighter Liaison Officer. We were discussing the A-10, and he mentioned to some of the armor officers there he had video of what Warthogs do to tanks. My buddy Mike Lemond said, "No, I don't want to watch them. Makes me a bit uneasy..." :)

Here to another few decades of the Warthog on the battlefield.
Posted by Mike Thiac at 9:57 AM