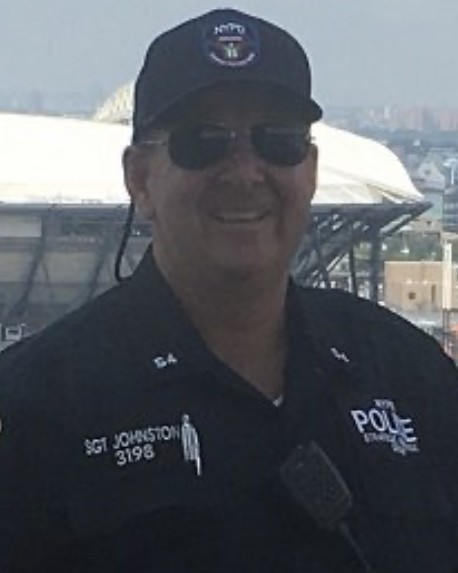 Sergeant Scott Johnston died as the result of cancer that he developed following his assignment to the search and recovery efforts at the World Trade Center site following the 9/11 Terrorist Attacks.

Sergeant Johnston had served with the New York City Police Department for 23 years. He is survived by his wife and seven daughters.
On the morning of September 11th, 2001, seventy-two officers from a total of eight local, state, and federal agencies were killed when terrorist hijackers working for the al Qaeda terrorist network, headed by Osama bin Laden, crashed four hijacked planes into the World Trade Center towers in New York City, the Pentagon in Arlington, Virginia, and a field near Shanksville, Pennsylvania.